Know the Dangers of Mammograms 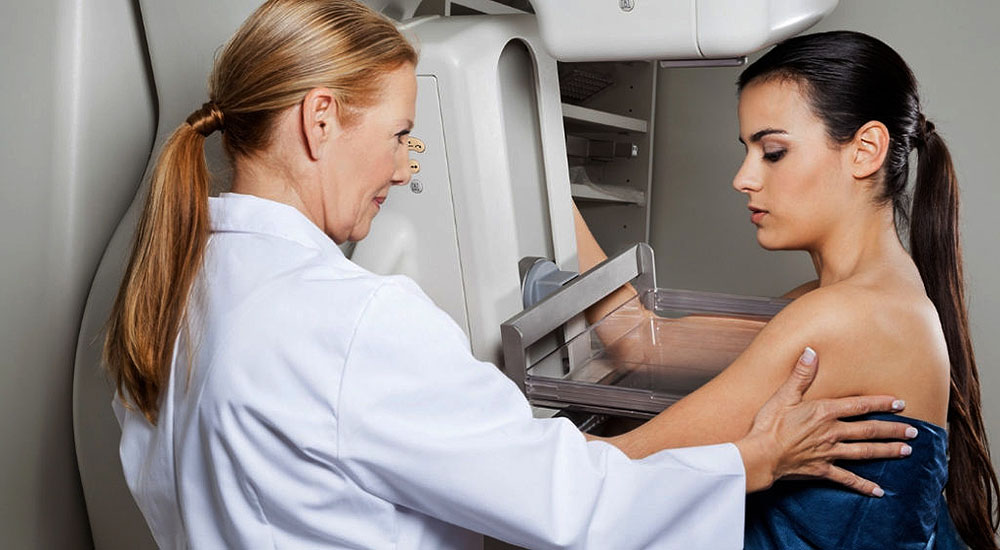 What you really need to know about breast cancer

October is Breast Cancer Awareness Month. The Susan G Komen Foundation will be flaunting its pink ribbons and there will be Walks to end breast cancer.

I’m frustrated with the Susan Komen foundation. It’s not their purpose, it’s truly admirable to want to end breast cancer, but their actions don’t support their mission. For that reason, I am unable to lend them support.

Their pink ribbons are donned by corporate sponsors such as Kentucky Fried Chicken and Yoplait, to name but a few.6

Why does Susan G Komen “get in bed” with Big Dairy?

A variety of studies link dairy intake to breast cancer (and cancer in general). Chicken contains more saturated fat than beef, even before it’s been fried. Can you support an organization that aligns itself with food manufacturers whose products are linked to increased breast cancer risk?

As Dr. Michael Greger likes to say, “Big Broccoli” is not exactly a where the money is, but if the Komen foundation was truly serious about reversing and preventing breast cancer, they would align with groups and foods that truly focused on lifestyle and diet practices that supported good health and reduced cancer risk.

I’m not trying to say yogurt should be illegal, but the subliminal message to those who pick up a yogurt container with a pink ribbon on it is, “I’m supporting the cure for breast cancer by eating this food.” Ditto for fried chicken.

This month you’ll hear, “Get your mammogram.” Population surveys reveal that women perceive mammograms as something that will prevent breast cancer. The marketing is so good that the average citizen feels that it’s safe and preventive to receive radiation to one’s breasts.

The decision regarding mammogams belongs to you, although if you’ve ever tried to gain support from your gynecologist to forego one, you’ll find it nearly impossible.

I have gone to mammogram centers on two occasions to receive a breast ultrasound, only to be told I was condemning myself to breast cancer by omitting a mammogram.

Have you been intimidated by getting a mammogram?

Have you had such an experience? I’ve spoken to many women who were intimidated into getting mammograms. They didn’t want one but received one anyway due to the unrelenting pressure from a mammogram facility.

Such situations need to stop. An activity that can potentially increase your risk of developing cancer shouldn’t be forced upon any woman.

Major organizations like the American Cancer Society have altered their mammogram recommendations in the past three years. Instead of beginning mammograms at age 40, they have increased that age to 45. Similarly, they urge women over age 55 to reduce their exposure to radiation by testing every two years vs annually.

Why the change? The U.S. Preventative Task Force, five years ago published their recommendations of delaying mammograms to “reduce the harms of mammography screening by nearly half”.

What harm are they cautioning about?

Is thermography or ultrasound an option to evaluate breast health?

*Thermography is a non-invasive and safe diagnostic tool that may be used as an alternative to mammograms. It detects areas of heat in the body that can point to areas where inflammation may be occurring.

Thermography may detect physiological breast cancers that are the size of a pinhead.

A 2008 study out of the American Journal of Surgery found thermography specifically has a 97% sensitivity rating for its ability to discover malignances, sometimes years before a visible tumor has even been formed. That’s true early detection.

Do you have fibrocystic breasts?

If you have fibrocystic breasts, thermography can be especially effective. Mammography is particularly poor in such instances, though doctors will still begin with it despite the knowledge that it’s highly difficult to adjudicate a problem. A woman with fibrocystic breasts will often get up to two mammograms due to “suspicious” area(s), only to end up with a truly safe and non-invasive ultrasound that clears her of any problem. Or, if she’s less “lucky”, more invasive procedures will occur before the all-clear is given.

I well remember my mother, who had fibrocystic breasts, having mammograms twice per year. On each occasion she received two mammograms, followed by an ultrasound, only to be told she was fine. Of course, this was after the initial scare of “something doesn’t look right”.

Yet because of her dense breasts, she was recommended to come in more often. Each year she received 4 times the amount of radiation of her breasts.

For more data visit the American College of Clinical Thermography.

That really is the biggest question, correct? Should we do them because they truly “catch” breast cancer early in a way that nothing else can? That is what we’ve been led to believe.

Yet, according to a 2014 research paper published in the British Medical Journal that is not the case. The researchers hailed from Canada and they monitored close to 100,000 women over the course of 25 years – certainly a robust study.

Mortality rates in women who received mammograms were the same as those who did not receive them.

Additionally, 20% of cancers that were found were not a threat to a woman’s life and therefore required no treatment.

The choice should be yours alone

The decision of whether you receive a mammogram should be your own after you have done your due diligence on the pros and cons. You shouldn’t be bullied into the decision or guilted into it. You should feel good about whatever decision you make.

With that said, it’s important to realize that screenings are not prevention and they don’t improve your health in any way. If you want to reduce your risk of breast cancer, there are a few steps research-based steps you can take.

Reduce your odds of getting breast cancer

*A study of 100,000 women followed for 20 years revealed that milk drinking women had higher rates of death, increased cancer, and more heart disease. Three glasses/day increased the risk of death by 2X. The study also revealed that higher milk intake was associated with more osteoporosis and bone fractures, something I mention frequently.7

And, two more from me:

How did you score?

If you scored well and are a young woman under the age of 40, you have reduced your risk by 50%.

Better yet, if you’re an older woman scoring well, you’ve cut your risk by 80%.

How to increase longevity if you’ve already had breast cancer

You can cut your risk of death almost in half by instituting two simple lifestyle changes.

It really is incredible what a huge effect some simple lifestyle changes can create.

Practicing the above two simple steps without a diagnosis protects you significantly.

If you have breast cancer in your family, it may seem scary to find out if you have any genes predisposing you to cancer. I understand the trepidation, but the great news is that the field of epigenetics gives us incredible tools to alter expression of genes.

Epigenetic testing of your genes is one of the services we offer here at Root Cause Medical. It’s much better to know any predispositions, whether overtly for breast cancer, or any areas that can increase your risk of a variety of degenerative diseases.

Knowledge is power; the testing is easy and painless – a simple swab of the inside of your mouth. The results reveal how you can counter any genetic weaknesses with a simple nutritional and/or lifestyle fix.

Are you frustrated with your health?

We have a simple mission here at Root Cause: regain, retain, and reclaim your health by identifying what’s at the root of your symptoms. We won’t just drug you to mask symptoms, but rather will get to their true cause and reverse them through dietary, nutritional and lifestyle means – drugs are only a last resort, and usually temporary when needed at all.

If you’re not feeling your best, don’t put up with it. You’re not “too old” or “destined” because of your genetics. Let us help you.

Discovering your ideal diet is a mainstay of our program, as is the evaluation of nutrient levels, food sensitivities, infections, toxins, genetic predispositions, and hormonal imbalance.

Each program is tailored to you; it addresses the exact imbalances creating your symptoms.