I lost 16 pounds and look REMARKABLE for my age!

“Conventional medicine kept pronouncing me healthy, but I knew there was something terribly wrong. I had to go through five doctors before I found the doctors at Root Cause Medical, who immediately identified the root cause of my problems as gluten intolerance. During the second half of my 50′s, I was feeling constant pain–traveling joint and muscle pain that felt like I had the flu. I took a lot of over-the-counter painkillers, and when those didn’t work anymore, I complained to my primary care doctor, who sent me to a rheumatologist, who did some tests and said I had arthritis-like everybody else and would have to learn to live with it.

He gave me some little tools for people who have limited mobility in their hands. As the pain got worse, my primary care doctor eventually started giving me steroid injections. I knew the risk, but life wasn’t worth living with that much pain. A year ago, I tried to tough it out without steroids. I started to get migraines every day or two. I was overweight and couldn’t lose weight. It hurt even to walk, so I wasn’t getting enough exercise. Everything felt swollen, and I was exhausted.

One morning I woke up with really severe joint pain, a migraine coming on, and a stuffy nose from hayfever. I took an antihistamine, and within two hours, the stuffy nose was gone, the migraine was gone and nearly all of the pain was gone. That was a huge discovery because it narrowed down my question to “What’s causing my body to make all this histamine?”

I started looking for the answer, and I had a feeling it was going to turn into a quest. I started with the standard tests at my annual physical–all results were normal. My doctor’s jaw dropped when I told him the antihistamine story, but he didn’t have any ideas. My next stop was an endocrinologist, who did more extensive testing, and once again the results were normal. Her jaw dropped with the antihistamine story, but because of that, she sent me to an allergist.

By then, I had read several books that I call “epidemic” series, which described common problems that standard medicine tends not to treat. I read a couple of books on delayed food sensitivities and also found out that I had an aunt and a cousin with celiac disease. I started to wonder if I might have one or more food sensitivities. The allergist did a blood test for celiac disease, and it was negative and she said I had no food allergies but found that I had various common airborne allergies. She concluded that that was what was causing my problems and prescribed a second antihistamine. She kept saying “you are a very unusual case,” and finally I asked why. She said that most people with such severe joint pain usually have very severe respiratory problems, and I hardly had any.

That was a major red flag. I was not yet ready to give up my quest to find the root cause. I wanted to find a clinic that knew more about delayed food sensitivities. Otherwise, I would have resigned myself to my fate to continued daily antihistamine that the allergist prescribed.

Coincidentally, I found out that one of my coworkers had recently been diagnosed with gluten intolerance, and she told me the name of her clinic: Root Cause Medical. I looked at their website and called them immediately. Even before the blood and saliva tests confirmed that I was gluten intolerant, I was put on their elimination diet. Within the first four days, I lost four pounds and 90% of my pain, as the inflammation immediately faded away. The shape of my face changed in the first week on the diet.

In the past six months, I have lost 16 pounds without trying to diet. My routine medical tests have gone from “normal” to “remarkable for a person of my age.” Unless I eat gluten by mistake, I have no pain–not even arthritis pain. I have flexibility in my joints that I haven’t felt for many years. I have much more energy, and my short-term memory span has increased from five digits to eight digits. I am taking no medications. Life is worth living again. I do my best to spread the word. I could have saved years of pain and a good deal of medical expense if I had only known about the Root Cause Medical Clinic sooner.” 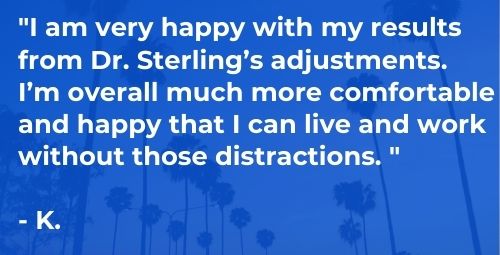 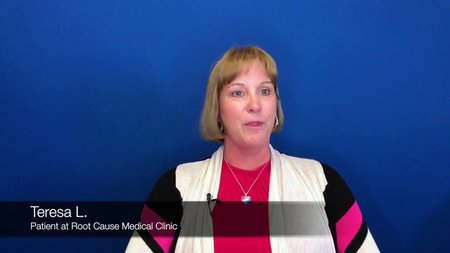 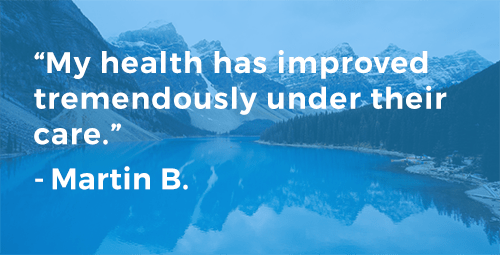